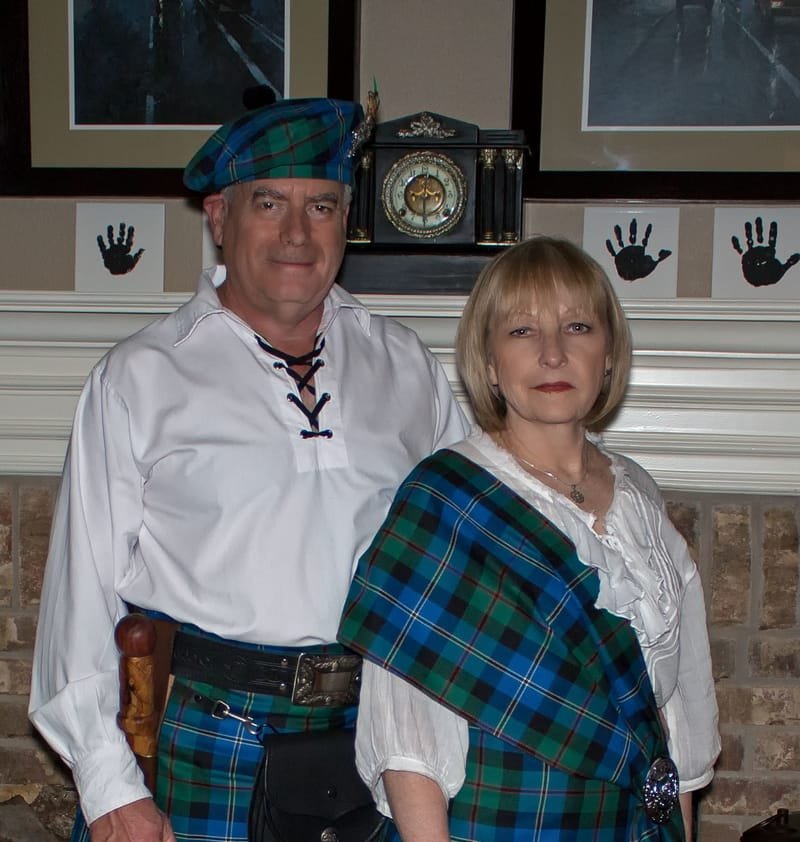 Dan (Gerald Daniel) McCaskill is the eldest son of Gerald and Shirley McCaskill – both have passed but were members of the Sept for many years. Dan was born in Hereford, Texas and graduated Andrews Senior High School, Texas A&M University and received his Master of Science degree from Texas A&M in 1983. Dan and Ann have been sweethearts since High School and have been married for 44 years. Dan and Ann have two children and five grandchildren. Dan has been in the business of protecting worker health for 35 years. He has worked in several industries but has been working for BNSF Railway for the past 24 years.

Dan is an active member of the Sept and was elected to the position of Vice President in 2012. He enjoys time with family and travel – Scotland in particular. Dan is a photographer, enjoys playing golf and is very interested in his Scottish heritage.